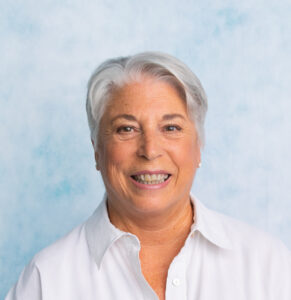 “A school’s primary responsibility is to encourage, to challenge, and to support young people through the most formative years of their lives. The schools that do this best have a clearly articulated vision. Our vision of education, in the broadest of terms, allows students to stretch their minds, to search their souls, and to enjoy the process.”
– Deborah Hof

“A school’s primary responsibility is to encourage, to challenge, and to support young people through the most formative years of their lives. The schools that do this best have a clearly articulated vision. My vision of education, in the broadest of terms, allows students to stretch their minds, to search their souls, and to enjoy the process.

Harvard-Westlake School in Los Angeles, Castilleja School in Palo Alto, The Girls’ Middle School in Mountain View, and Kalamazoo Country Day in Portage, Michigan, have been my homes for the past twenty eight years, fifteen of those years as the Dean of Students and eleven as Head of School. In those roles I have been welcomed into the lives of my students in both good times and bad, and have had the opportunity to help raise people who understand that it is as important to do good as it is to do well. Children and young adults are looking for freedom, but need boundaries. They desperately want the adults in their lives to love them when they are their least lovable, and they have the right to expect that those guiding their paths have their best interests at heart. I have worked hard, both as a teacher and as an administrator, to not let them down. All students should have the chance to see themselves as people deserving of respect and capable of greatness, and as valuable members of a community.

Academically, a student should be challenged, not stretched to the breaking point. A classroom should be a place where a young person learns to take an intellectual risk without fear of failure, and where they learn to communicate effectively and solve problems creatively. It is the teacher’s responsibility to answer each question as if it had never been asked before. I believe that through a variety of teaching strategies, all students can be encouraged to make the most of their abilities. We can and should hold students to exacting standards if we have taken the time to teach what they need to meet those standards.

I have long believed that what makes some people stand out is passion. Schools should do more than teach the curriculum. A student must be encouraged to look inward, to find what he or she cares deeply about and to be willing to act on it. To truly educate the whole person, the arts, athletics, and community service have to be an integral part of the life of the school. They should be co-curricular not extracurricular. There must be enough variety so that each student finds a venue in which to shine. As educators our goal should be to help develop young adults who understand the complexities of the world they will soon enter and who acknowledge the part they must play in moving society forward.